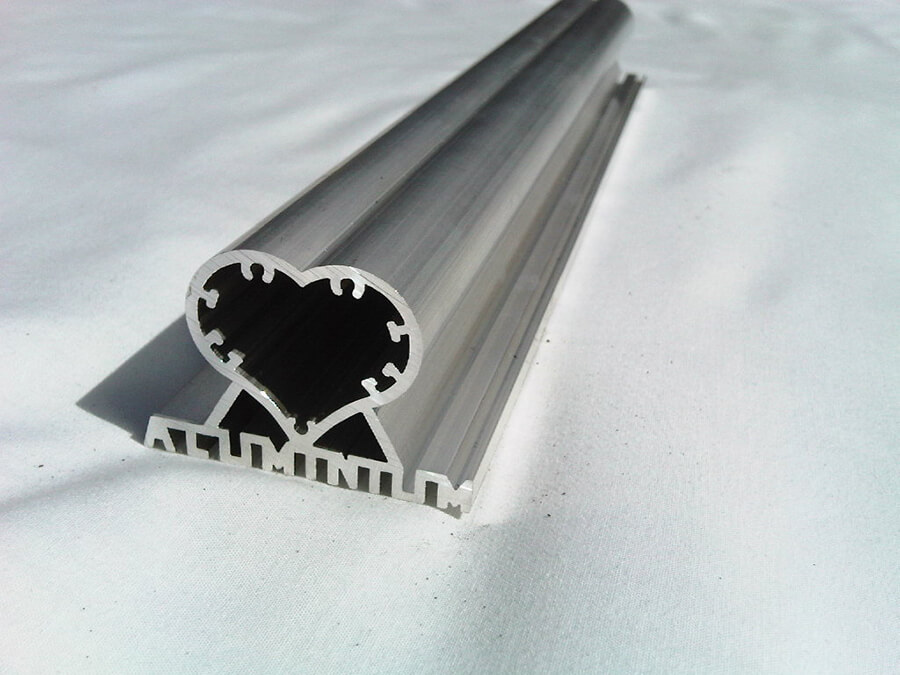 The process starts with a large cylinder of an aluminium alloy, known as a billet. The aluminium billet is heated to between 350oC and 500oC. At this temperature aluminium has plastic like properties meaning it can be easily shaped and moulded and therefore can be forced to flow through a die. 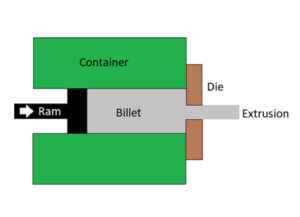 Direct extrusion is the most common and involves a ram forcing the aluminium billet through a shaped opening in a die. The die remains stationary while the aluminium is pushed through it. In this way once one billet has been completely pushed through, another can be loaded. Therefore, there is no limit to the extrusion length.  Due to the force needed to push the billet however there is limited dimensional stability and control. This could result in possible defects in the extrusion where a new billet was added. 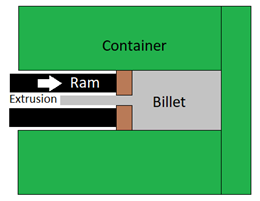 Indirect extrusion or backwards extrusion involves the aluminium billet remaining stationary as the ram forces the die into the billet. This limits the length and width of the extrusion but results in no segregation or binding as well as better dimensional control.   The die costs however are higher and any surface marks on the billet will appear on the extrusion.

Once extruded the aluminium is quenched in air or water to lower the temperature quickly in order to meet the properties required of the alloy. After cutting to length the aluminium can be artificially aged in an oven to strengthen it depending on what temper has been ordered.

In addition to the alloy, aluminium will also be defined by it’s temper which is how it has been treated after extrusion. There are many tempers of aluminium but the most commonly used are T4 and T6.

Aluminium in T4 has been solution heat treated but has not been artificially aged and is therefore softer. This temper is useful for aluminium that requires bending or forming. The aluminium in T4 condition will slowly age/harden over several months.

T6 temper aluminium has been both solution heat treated and artificially aged in an oven and is therefore much harder. This is the most common condition of aluminium.

From this point the extrusion can be cut to length, machined, anodised, powder coated, and any other fabrication required.