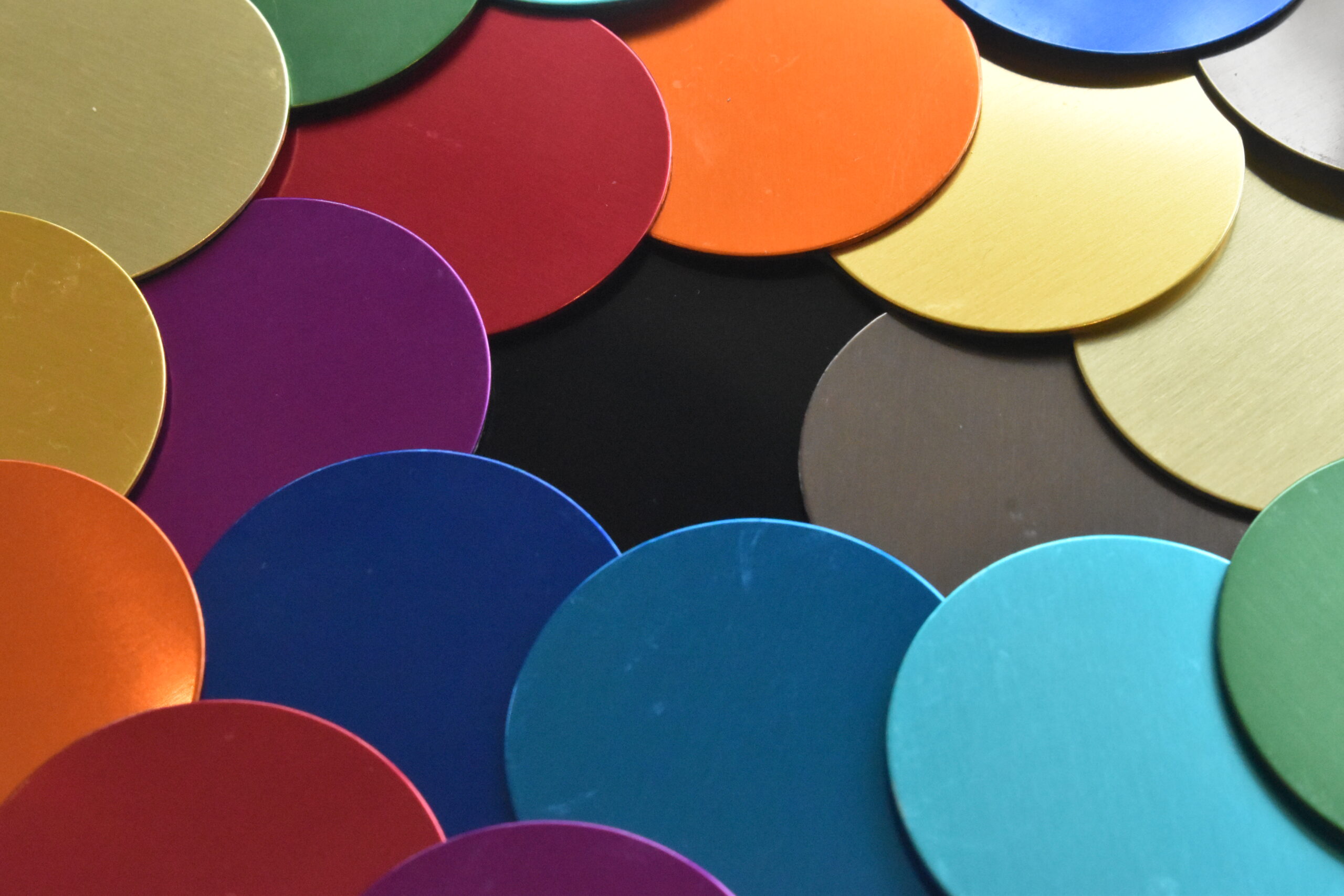 Anodising is often applied to aluminium to provide an aesthetic finish as well as protection. Available in a wide range of colours and thicknesses, anodising is an electrochemical process that gives the surface of the metal a corrosion resistant anodic oxide finish.

Aluminium naturally forms a thin (2-15nm) oxide layer at its surface that will protect the metal from damage and corrosion. This layer will regenerate when damaged as long as there is oxygen present. Anodising allows the creation of a much thicker oxide layer than that which is formed naturally.

An example of the colours available for aluminium anodising

This results in the formation of an aluminium oxide layer across the metals surface which is usually between 5 and 25 microns thick. Anodising thickness of up to 15 microns is generally for indoor use whereas higher thicknesses are reserved for outdoor use where the aluminium is exposed to the elements.

The anodised coatings are porous and clear which allows dyes to be added giving the metal a decorative finish in addition to the protective oxide layer.

The acids type, concentration, the temperature of the bath and the electric current can be modified to result in different anodising. The temperature used during the anodising process is generally room temperature (20oC) or colder.

Following the anodising process, the aluminium should be sealed to increase corrosion resistance and retain the dye. There are three types of sealing: high temperature, mid temperature, and cold/room temperature. Each have their own advantages and disadvantages.

High temperature sealing generally involves the use of a bath of deionised water at about 100oC.

Mid temperature sealing can be a balanced choice between high and low temp sealing. It is about 20oC cooler than high temp and involves the use of nickel salts.

Cold/room temperature sealing usually involves the use of nickel/fluoride solutions at 20-30oC. This form of sealing is generally better quality especially with dyed anodising but is more difficult to control.

The surface of the aluminium can be further enhanced by brushing prior to anodising. Anodising can also be used as a key for powder coating aluminium extrusion as the powder coat adheres very well to anodised aluminium.

The aluminium oxide layer is completely integrated into the metal meaning it cannot chip or peel like paint. Anodised aluminium is also scratch resistant and provides a more uniform finish compared to the metal alone.

Aluminium extrusion lends itself very well to an anodised finish and has many end uses.